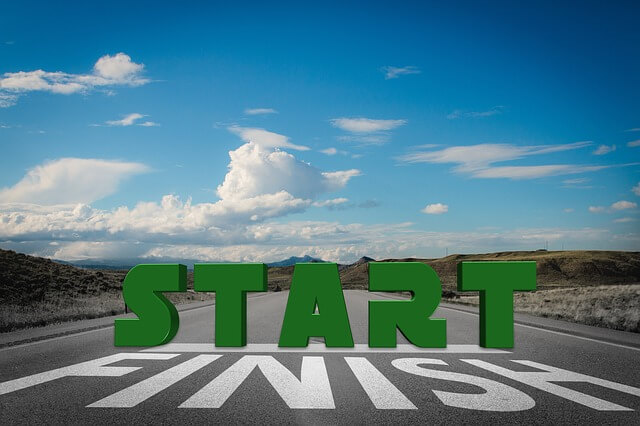 Skyharbour and Dixie Gold Inc. entered into an Option Agreement (the “Agreement”) with Orano Canada (previously AREVA Resources Canada Inc.) whereby Orano Canada has an option to acquire up to a 70% working interest in the Preston Uranium Project (see news release dated March 9th, 2017). Under the Agreement, Orano Canada will contribute cash and exploration program considerations totaling up to CAD $8,000,000 in exchange for up to 70% of the project over six years.

Skyharbour’s President and CEO, Jordan Trimble commented: “This initial geophysics and ground program being carried out by our strategic partner and industry-leader Orano will further advance the Preston Project and refine future drill targets. Skyharbour continues to execute on its key objectives by adding value to its project base in the Basin through ongoing mineral exploration at its flagship, high grade Moore Uranium Project with a 2,500 metre drill program underway while utilizing the prospect generator model to advance its other projects with strategic partners. In addition to Orano’s field program at Preston, Skyharbour’s other partner Azincourt Energy is carrying out a 2,500 metre drill program at our East Preston project which collectively will provide ample news flow and catalysts in the near term.”

Orano’s exploration program on the Preston Project will consist of DC resistivity ground geophysics on the JL and Canoe grids and the B conductive area. To date exploration on the Preston project has consisted of a traditional approach of defining conductors via ground EM surveys and diamond drilling. The objective of this $735,000 exploration program is to use the DC resistivity method to further characterize the EM conductors by providing information about possible clay, silicification or associated alteration in the vicinity of conductors adding another layer of information to prioritize areas to be drill tested. Historical geophysical lines will be utilized at the JL and Canoe grids, and 15.9 km of line cutting will be carried out at the B conductive area.

Previous diamond drilling on the property has intersected numerous and extensive, well developed and commonly graphitic ductile shear zones, that were clearly reactivated over time. These structures correlate with elongated NNE-trending magnetic lineaments. A later brittle event is common in both drill core and the magnetic data and could provide a locus for mineralizing fluids. The shear zones are also commonly altered and locally metal enriched (pyrite-pyrrhotite-chalcopyrite). The basement rocks intersected are complexly deformed supracrustal rocks; largely graphitic orthogneiss with minor paragneiss, intruded by Archean granitoids. These lithologies are common to the proven uranium mineralization in the Western Athabasca region (Shea Creek and Patterson Lake corridor deposits). Of note, is that unlike the deposit areas the Preston Lake property has seen little drill testing.

Proposed Work on the JL grid:

The 2018 ML-TEM survey on the JL grid identified eight different conductors with strike lengths between 800 m and 2,800 m. Orano plans to carry out 16.0 km of DC resistivity over four of the EM profiles to help determine which of the numerous JL grid EM picks should be tested first with drilling.

Proposed Work on the Canoe grid:

The EM – Resistivity approach will also be applied on the Canoe grid where the DC resistivity data should help prioritize areas and/or conductors to be investigated by drilling. A total conductor length of approximately 20.5 km was characterized in the Canoe grid area by prior EM surveys. Orano is planning to carry out 12.6 km of DC resistivity.

Proposed Work on the B conductive area:

The DC resistivity method will be evaluated over the B conductive area located east of Preston Lake where prior VTEM coverage defined the B conductive area to vary in width from 0.8 km to 2.0 km and extend in a NE-SW direction for more than 12 km. The survey coverage will consist of 12.6 km and will potentially generate new drill targets.

The significant potential of the Western Athabasca Basin has been highlighted by recent discoveries in the area by NexGen Energy Ltd. (Arrow), Fission Uranium Corp. (Triple R) and a joint-venture consisting of Cameco Corporation, Orano Canada Inc. and Purepoint Uranium Group Inc. (Spitfire). Exploration at the Preston Project to date has consisted of ground gravity, airborne and ground electromagnetics, radon, soil, silt, biogeochemistry, lake sediment, and geological mapping and sampling surveys, as well as several exploratory drill programs. A number of high-priority drill target areas associated with multiple prospective exploration corridors have been successfully delineated through this methodical, multiphased exploration approach, which has culminated in an extensive, proprietary geological database for the project area.

The technical information in this news release has been prepared in accordance with the Canadian regulatory requirements set out in National Instrument 43-101 and reviewed and approved by Richard Kusmirski, P.Geo., M.Sc., Skyharbour’s Head Technical Advisor and a Director, as well as a Qualified Person.

Headquartered in Saskatoon, Saskatchewan, Orano Canada Inc. is a leading producer of uranium, processing 18 million pounds of uranium concentrate in Canada in 2019. Orano Canada has been exploring for uranium, mining and producing uranium concentrate in Canada for more than 50 years. Orano Canada is the operator of the McClean Lake uranium mill and a major partner in the Cigar Lake, McArthur River and Key Lake operations. The company employs over 450 people in Saskatchewan, including about 130 in Saskatoon. As a sustainable uranium producer, Orano Canada is committed to safety, environmental protection and neighbouring communities.

Orano Canada Inc. is a subsidiary of the multinational Orano group offering products and services with high added value throughout the entire nuclear fuel cycle, from raw materials to waste treatment. Its activities, from mining to decommissioning, as well as in conversion, enrichment, recycling, logistics and engineering, contribute to the production of low carbon electricity. Orano and its 16,000 employees bring to bear their expertise and their mastery of cutting-edge technology, as well as their permanent search for innovation and unwavering dedication to safety, to serve their customers worldwide.